By bygSeptember 13, 2016Video Production
No Comments 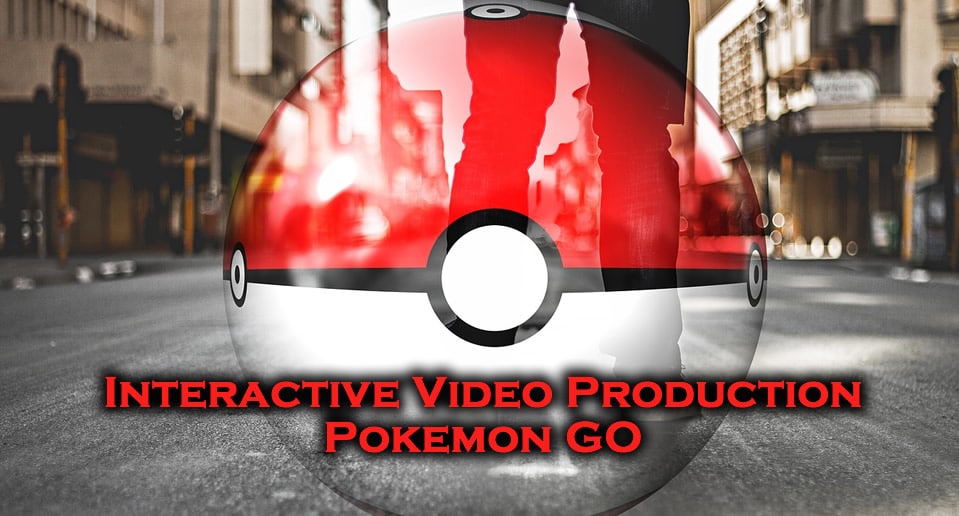 Interactive Video Production Is Making All 90s Kids Dreams Come True ­ But Is It Too Good To Be True? Pokemon Go is almost every 90s kid’s dream come true. I know it is more me at least. This interactive video production allows you to customize your own trainer, choose a starter Pokemon, and set off to go and catch ‘em all ­ Pokemon that is (for those who are unfamiliar with the game and concept).

There are 151 Pokemon that you can catch in the game. The idea of the interactive video production is that your screen turns into a map of the area you’re at, and around it pop up Pokestops ­this is where you can stock up on pokeballs and other tools you can use to help you catch and find Pokemon. As you walk around, Pokemon pop up on your map, you click on them and away you go ­ YOU CATCH THE WILD POKEMON THAT APPEARED. This is probably the most stressful part of the game. Mainly because the Pokemon can escape and you have to keep trying to catch them. Now, what can seem so harmless about this interactive video production? Well, as it turns out, people have discovered dead bodies, they’re trespassing, getting into fights, and more dangerous acts. This seems like quite a lot for a virtual reality game. Is it too much for something that is harmless? Maybe. But the argument against this negativity is that it gets people out walking around, riding their bike, well, exercising essentially.

I know my Mum was a fan of the fact that this interactive video production gets people out of the house and moving around. There were also studies, articles, and posts going around saying how Pokemon Go even helped those who suffer from mental illness. Now, disclaimer: that’s not to say it cured their illness, but rather helped them with some of their symptoms associated with their illness. I know for me, someone who suffers from mental illness, getting out of bed can be a struggle. So for those who are able to get out of the house and meet with friends, or simply play the game alone, that is an accomplishment within itself.

It’s been proven time and time again that exercise makes you feel better. Your brain releases these neurotransmitters called endorphins that help elevate your mood. Fun fact: there are 4 neurotransmitters associated with happiness: serotonin, dopamine, endorphins, and oxytocin. However, out of all the stories I’ve read, my favourite is when no one recognized Justin Bieber while out near Central Park in NYC ­ as they all were trying to catch Gyarados. I’m pretty sure my Mum was a fan of that one too.

So what’s the verdict on this interactive video production we call Pokemon Go? I say, if you enjoy it and you don’t break any laws or manage to get yourself into trouble, then what’s the harm? I say, go and be the very best like no one ever was, and catch ‘em all. That’s my plan anyways. I’m just waiting to catch Snorlax, because he’s my spirit animal (or Pokemon if you will).