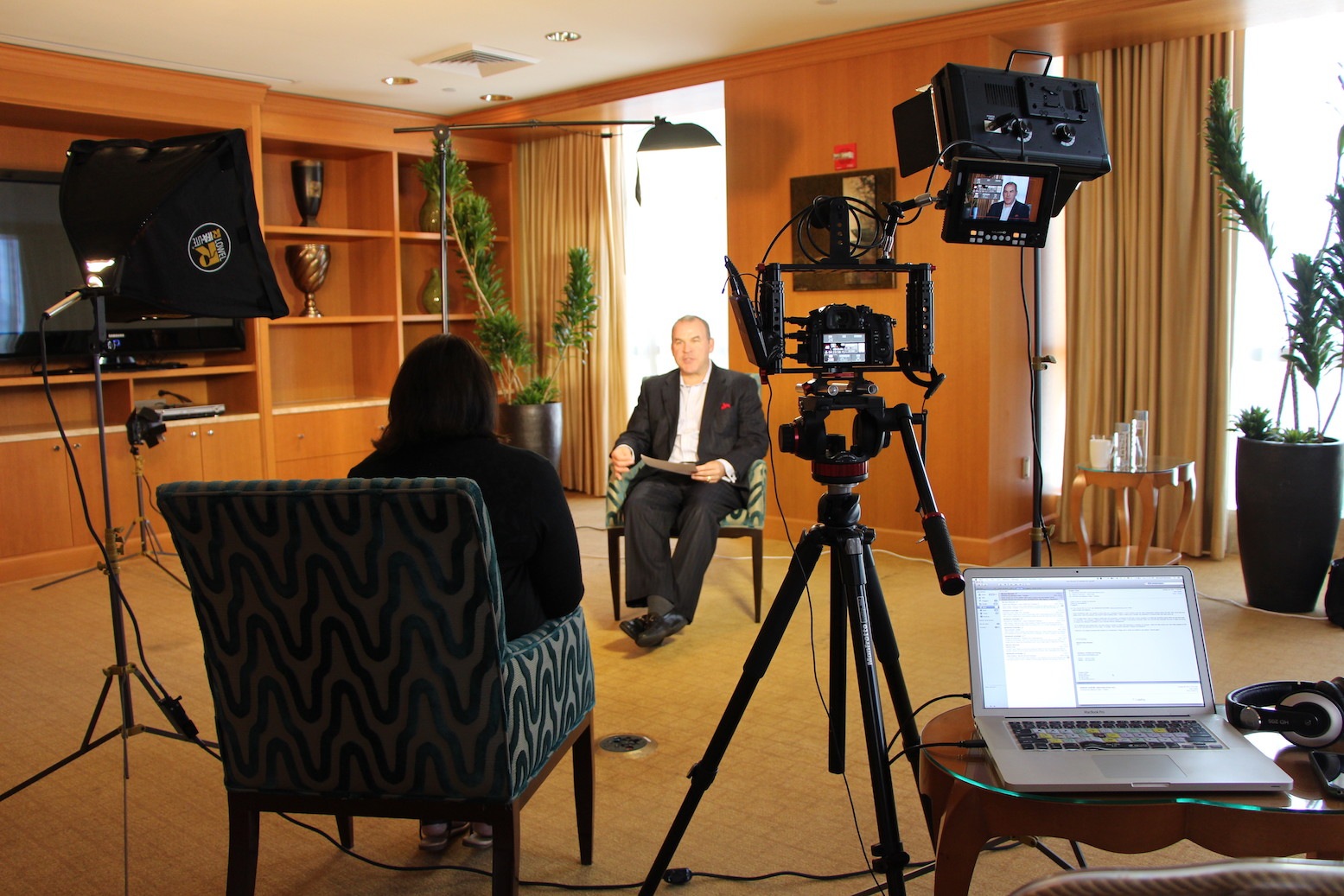 Twisted Frame has been in the corporate video production business in Toronto for over ten years now, and we’ve learned a thing or two about the business. One big part of the business that never changes…is that it’s always changing.

Twenty years ago, video production could involve producing bulky analog video cassette cameras. Do you remember VHS “generation loss “? Are tapes getting eaten by a VCR? The sheer bulk of thousands of video cassettes? We sure do!

Even as production shifted to digital, the question of distribution remained. Ten to fifteen years ago, you’d have had to decide: Should the video be sent on a DVD disc? A Blu-Ray? Flash memory sticks? What about hard drives? Hollywood movies switched from being sent on film to being sent on enormous magnetic hard drives, just like you’d see on a computer. A disc was cheaper, but high-quality video requires a lot of space.

Sure, a hard drive is bulky to transport, but it may be necessary for the video to look its best!

But, again, production and distribution tools changed. Digital video cameras became smaller and lighter, even as smartphone cameras became more and more capable. Editing that used to require bulky editing suites could now be done on a high-end laptop.

Distribution changed as well. Clients could rely on broadband access for most of their audience, and omnipresent digital platforms like Vimeo and YouTube for corporate video distribution. That may make distribution easier, but it also changed audience habits. Professionals may sit through a long video, but would consumers? There’s a lot of material out there, and everybody is deluged with information. If a video isn’t engaging, it’ll just get ignored.

Our window to Internet content changed as well. Corporate video production couldn’t take a full-sized television or computer monitor for granted. Many clients discovered that their videos would be viewed mostly through small phone or tablet screens.

That affected everything from production to distribution. The small text could easily be missed, and many videos would get watched using a phones vertical “portrait” mode. Resolution might be an issue too, especially in the developing world. Web-based hosting and distribution would slowly give way to apps, which reinforced the importance of platforms like YouTube and Vimeo.

That’s a lot of change, and that’s not even getting into the rise of virtual and augmented reality!

That’s also why Twisted Frame focuses so much on keeping abreast of technological and social change in video production and video distribution. When we’re working with clients (just like you!) on corporate video production both here in Toronto and around the world, we bring out your brand’s unique narrative and then work with you to determine exactly how it should be presented and distributed.

Maybe it’s a consumer-focused video that’s going on your YouTube channel or being embedded in your social media feeds.

To learn more about what we do, check out our portfolio and a few of our corporate videos, like our videos for RBC and for Metrolinx. Reach out to us at our contact page or by phone at (416) 619-1116. Come see how Twisted Frame can make your corporate video production the best it can be.